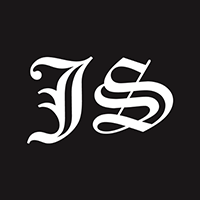 RELAIS & CHÂTEAUX AND SLOW FOOD TOGETHER TO PROTECT BIODIVERSITY

Thanks to the nominations of Relais & Châteaux chefs, 85 products in 28 countries have been labeled with the Arche du Goût, the Slow Food project that saves food threatened with extinction in the world: an objective that will be celebrated from October 7 to 10. with a global campaign dedicated to rediscovering local products and flavors.

Ffrom October 7e-tene, the fourth edition of Food for Change will take place, which is an annual campaign promoted by both Slow food, an international non-profit association committed to restoring the value of food, and Castles Relay, the largest global network of chefs united by their belief in a better world through cuisine and hospitality.

For five years, the two associations have joined forces to protect biodiversity, fight against climate change and preserve the culinary heritage. This year, Food for Change is focusing on the rediscovery and protection of local products that have almost disappeared: through a global call to action to members around the world, custodians of local culinary traditions, 85 products in 28 countries nominated by Relais & Châteaux have been added to Slow Food’s Ark of Taste, which raises awareness of their existence and denounces the risk of their disappearance.

Nominations went through a strict evaluation process through 20 technical committees, the Slow Food Content and Project Center and the Pollenzo University of Gastronomic Sciences before being approved for the ‘Arche du Goût: an important task that will continue in the weeks and months to come, cementing the link between the two associations.

The 85 passengers of the Ark of Taste

Created in 1996, l’Arche du Goût is an online catalog of more than 5,500 products belonging to the cultures, history and traditions of the planet: seeds, indigenous fruits and vegetables, but also local and little-known breeds, and processed products that are the result of ancient traditions whose extinction would also lead to the disappearance of flavors and recipes that have been passed down for generations.

Changing social and cultural conditions can put these products at risk. An example is kumatiya, a small thorny deciduous tree from Rajasthan proposed by Jaisal Singh, Owner of Relais & Châteaux SUJÁN Jawai (Rajasthan). Its hearty, shiny and flat seeds are widely used in local cuisine for making curries and other popular dishes; today, it is in danger of extinction because it was withdrawn from arable land in favor of a switch to conventional agriculture. Urban and industrial development and the need to make room for more profitable crops such as vines also threaten Sebastopol Apple Gravenstein orchards, symbol of agricultural diversity and family farming in Sonoma County. Chief Kyle connaughton of Relais & Châteaux Single Wire Farm (US, California) and his wife and farmer Katina Connaughton both support biodiversity in an increasingly vineyard-covered region through the symbolic preservation of the Gravenstein apple, which once grew on 7,000 hectares, but now only 700. hectares.

In other cases, it is the standardization of the diet and the special conditions required for cultivation, husbandry and preparation that threaten the survival of authentic pieces of local history. An example is the Black Chicken Valdarno, the symbol of Chianti, which entered the Ark of Taste thanks to the recommendation of the chef Gaetano Trovato of Relais & Châteaux Restaurant Arnolfo (Italy): the survival of this local breed of poultry with particularly tasty meat, unsuitable for intensive breeding because of its low income, now depends exclusively on the small farmers who care for it by raising it outdoors in the Valdarno countryside. A destiny shared by Persillé cheese from Tignes, a rustic artisanal cheese with a chalky consistency, already known in Charlemagne’s time. It survives today thanks to the work of a single family of producers (the Marmottan family farm), supported by the chef Julien Dumas of Relais & Châteaux Saint James Paris (France) by buying from his cheesemaker friend and Meilleur Ouvrier de France Bernard Mure-Ravaud, so that the pronounced and inimitable taste of flowers and herbs of Persillé de Tigne is not completely lost.

Food for Change 2021: the campaign

From October 7e-tene, Relais & Châteaux and Slow Food will celebrate the results of this joint effort with a global campaign to raise awareness of this issue of absolute importance for the health of the territories and their economies, as well as for the quality and taste of the food brought to our tables. everyday.

Through physical events and virtual initiatives, Relais & Châteaux chefs will: illustrate the importance of the products they have nominated in the local culinary heritage; explain how to cook them; raise awareness of the right way to harvest them that respects the environment; and preserve the biodiversity of the land either by consuming more than one product to stimulate its production, or in some cases less to allow the species to rest and regenerate. Telling their stories and supporting local producers are fundamental to rediscovering and protecting Arche du Goût products..

“Biodiversity is not only genetic, but also cultural; it comes from and belongs to the heritage and traditions of the entire planet ”, comments President of Slow Food Carlo Petrini. “With the industrialization of our food system, we risk losing both the hundreds of varieties of corn and the know-how of a cheese maker from a small village.

As agricultural biodiversity and small-scale family food production systems are threatened around the world, food choices can collectively influence how food is grown, produced and distributed, and trigger real change. It is a conviction and a commitment that unites Slow Food and more than 580 Relais & Châteaux members, who are all committed to a better world through cuisine and hospitality and support farmers who raise and use local products, such as promised to UNESCO in 2014

For Olivier Roellinger, Vice-President Relais & Châteaux, “What is the point of eating the same food or drinking the same wine in all the countries of the world? Relais & Châteaux establishments represent the diversity of cuisines; they are the guardians of biodiversity, sharing all that is good and beautiful in this world.

For more information on the campaign and its protagonists:

To view the full list of approved products: https://bit.ly/3ldAc4m

Created in 1954, Castles Relay is an association of more than 580 benchmark hotels and restaurants operated by innkeepers, chefs and independent owners who share a passion for their profession and a desire for authenticity in their relationships with their customers.

Relais & Châteaux is located all over the world, from the vineyards of Napa Valley and French Provence to the beaches of the Indian Ocean. It offers an introduction to a way of life inspired by the local culture and a unique dive into human history. Relais & Châteaux members are driven by the desire to protect and promote the richness and diversity of world cuisine and hospitality traditions. They are committed to the preservation of local heritage and the environment, as encompassed in the charter presented to UNESCO in November 2014.

Slow food is a global network of local communities founded in 1989 to fight the disappearance of local food traditions and the spread of fast food culture. Since then, Slow Food has grown into a global movement that involves millions of people in over 160 countries and works so that we can all have access to good, clean and fair food.